I believe the universe is supporting me!

I had great fun yesterday catching up with JP, he’s an old friend of mine. It’s been a long time since the last time we meet… maybe about 2 years ago. He sent me an email on New Year’s Eve. I’m about to sleep when I see the flashing light from my cell phone, it was a short message from JP.

JP arrived in Jakarta Tuesday morning but he has an appointment in the morning so we decide to meet for late lunch. It was a hot sunny day but as coffee buddies, our meeting won’t be complete without a cup of coffee.

Authentique French bakery first opened its doors in late 2012. Their first outlet located on a small street in South Kemang combines two of my favourite things: delicious food and pretty interior. Start with only one small shop it doesn’t take too long for Sophie Boyer to expand their business and open another store in Cipete, Kuningan and Setiabudi. I’ve been to their shop in Cipete and Kuningan which is bigger than their first shop, but this small shop in south Kemang is still my favourite.

Yesterday after lunch with JP I strolled around Kemang alone. I went to Pantry Magic and Jenggala Ceramic for window shopping, pick up some groceries at Hero Kemang and then stop by in Authentique for another coffee. 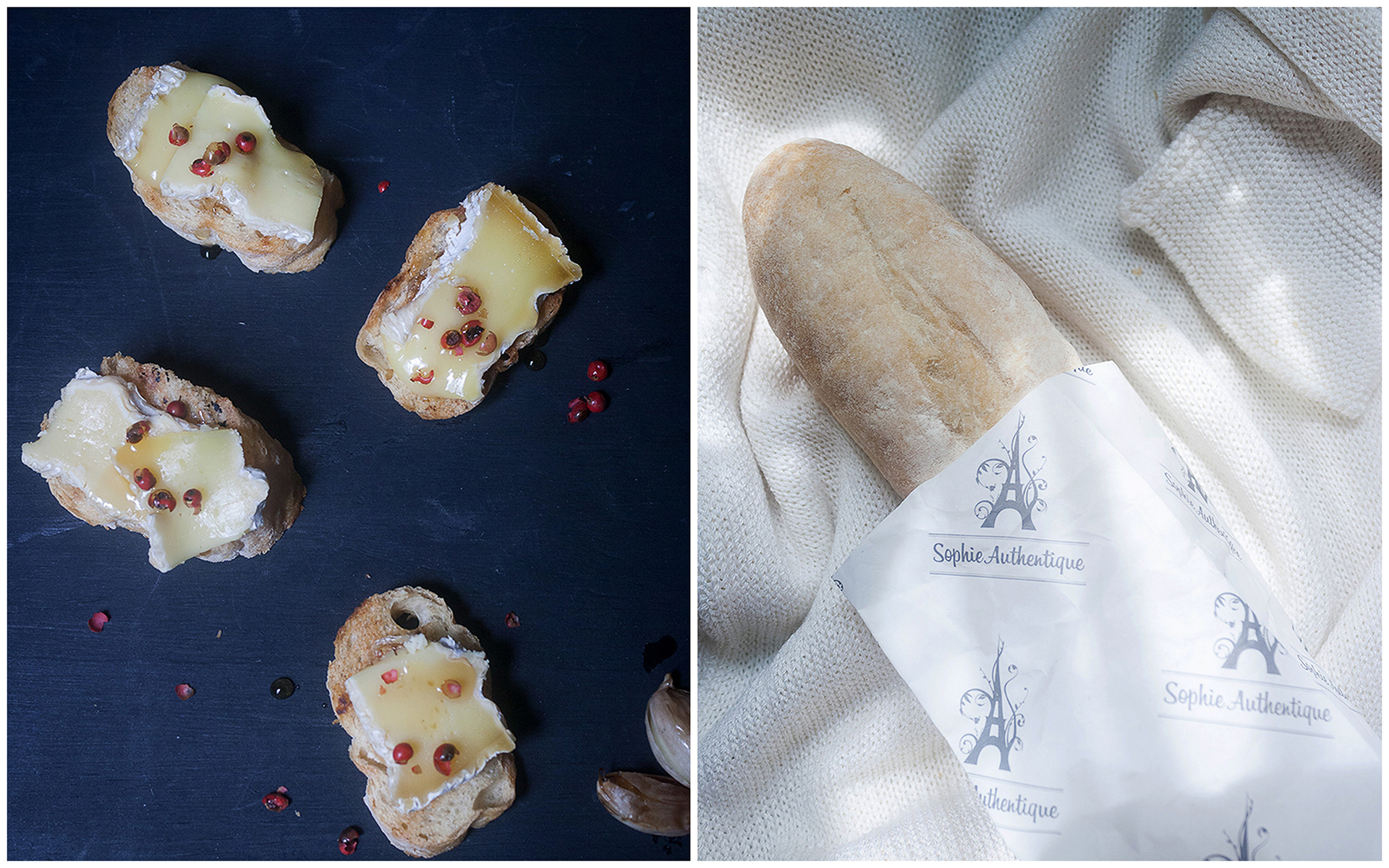 Bruschetta and crostini are both Italian-style bites or antipasti. Both are made from crisp toasted or grilled bread.  I’ve never been so sure what the difference between the two, but the moment of truth come when JP explain to me the difference.

Bruschetta comes from the Italian word bruscare, it means “to toast over the coal.” The bread that uses as a base usually cut into large flat pieces. While Crostini means “little toast” in Italian. The small-thin slices of bread usually brushed with a savoury topping such as cheese.

Basically, you can top the crostini with anything that sounds delicious, but this time I want to pair it with garlic confit and camembert. 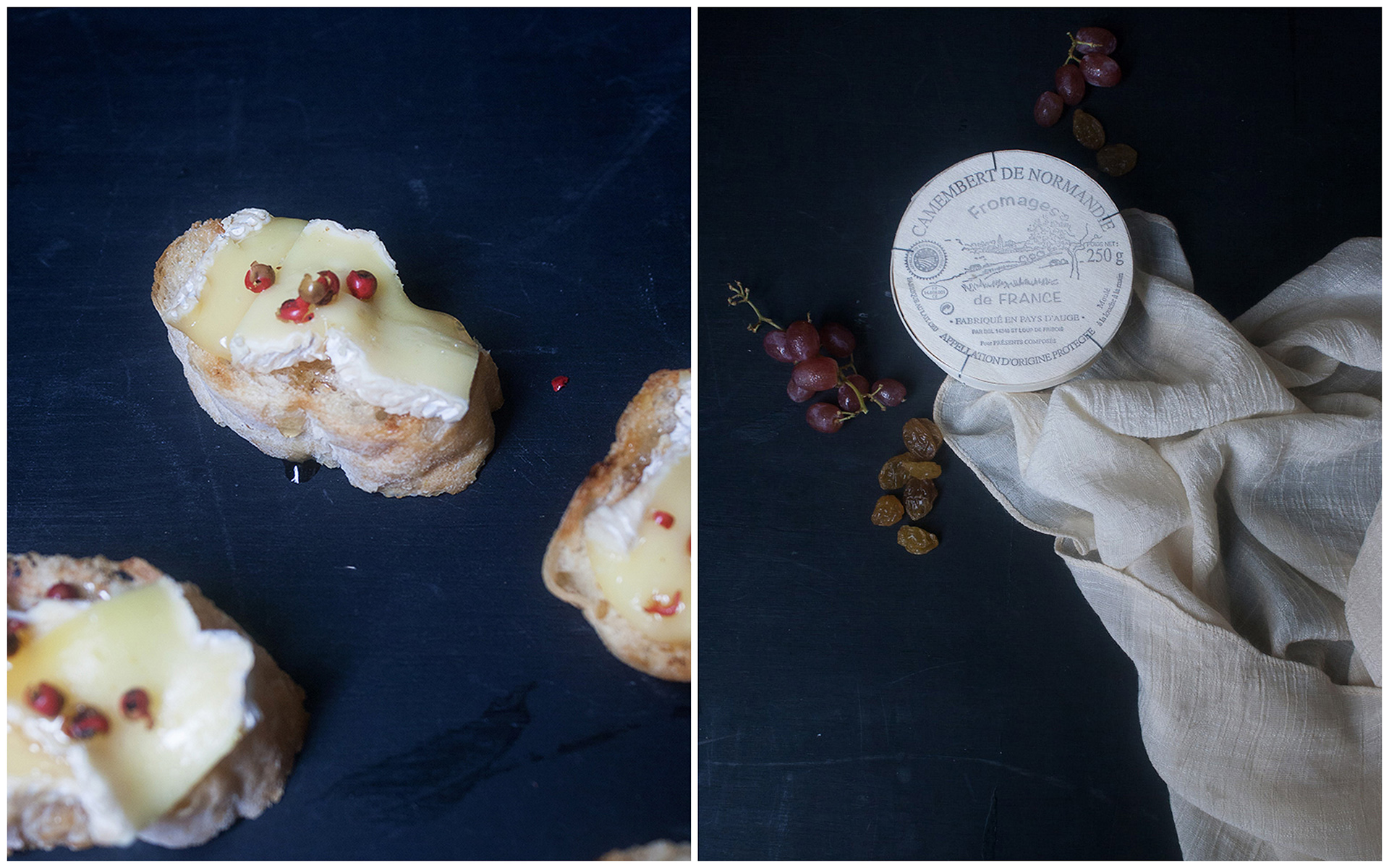