It’s been a while that I really really want to cook with rhubarb. But, I don’t know where to find rhubarb in Jakarta. I never see it in a traditional market or even big supermarket which is selling a lot of imported fruits & veggies. I almost give up and though I will never cook with rhubarb until last month…in early February I found there’s a farm in Bandung growing and selling rhubarb.

This rhubarb compote is a simple recipe. Basically, you just combine all the ingredients together and let it simmer until the mixture is thickened almost like a jam. You could eat this rhubarb as dessert, serve it with Panna Cotta, ice cream or serve it with classic cream custard. But, I would like to eat it as a breakfast with yoghurt and granola. 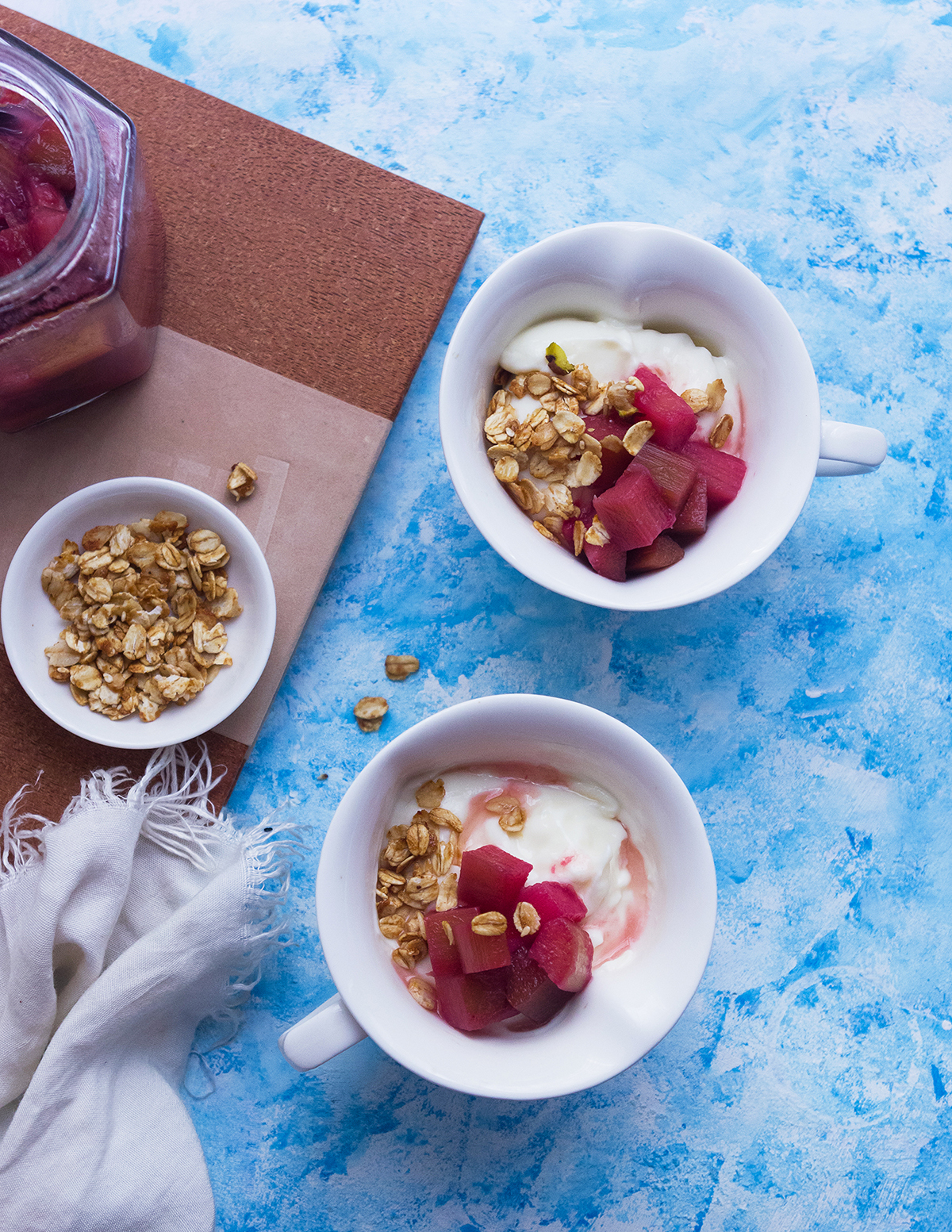 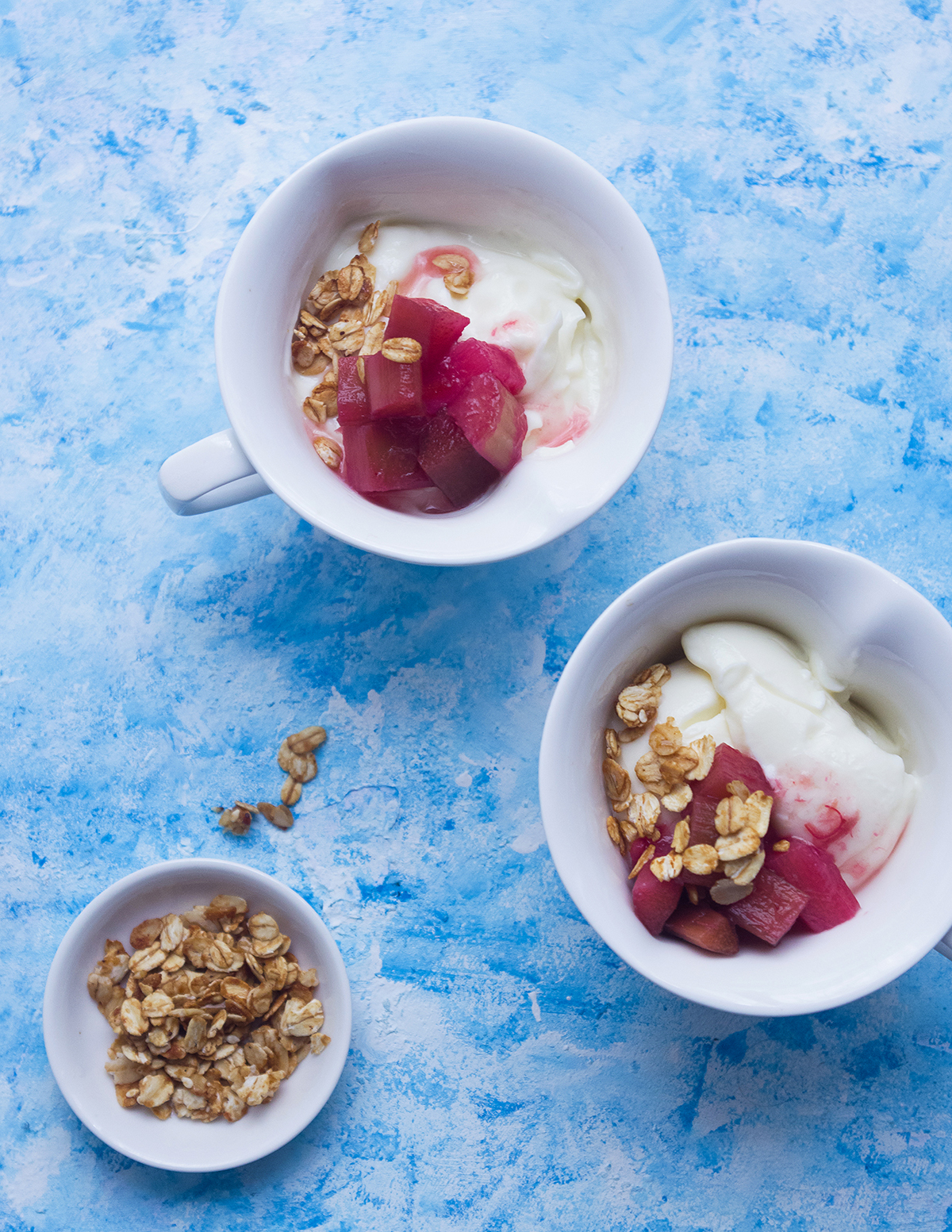