I’m not a big fan of vegemite, but I love this recipe. This vegemite & sweet onion capellini is based on Nigella Lawson’s Marmite Spaghetti. I’ve made Nigella’s marmite spaghetti and I like it, but this time I made a little modification. Sweet caramelized onion really compliment the salty umami flavour of vegemite. And peppery arugula lift this simple dish pasta to refreshing heights, even my mom loves this pasta. 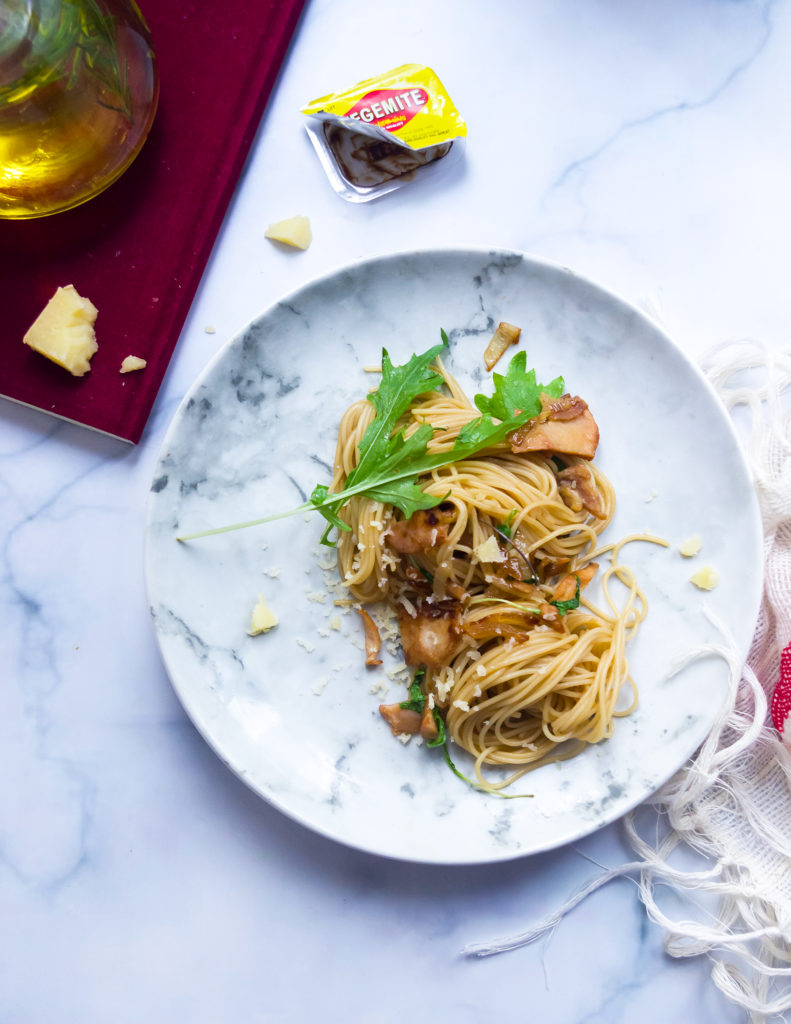 Tempe Penyet with Sambal and Basil